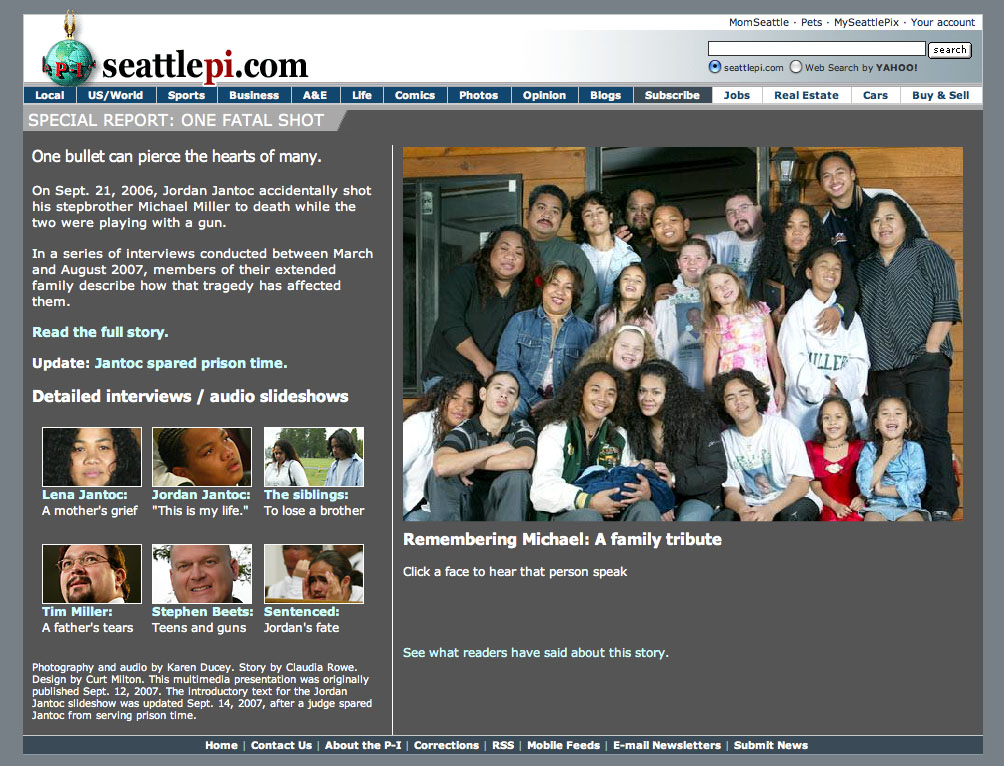 This project originally appeared in the Seattle Post-Intelligencer in September 2008 and was nominated for a Pulitzer Prize. It is no longer active on the Seattle P-I website but can be viewed by scrolling down and watching each of the six-part series.

When 16-year-old Jordan Jantoc brought a handgun into his house, he had no idea of the consequences it would have. He thought only one thing: This “is cool.”

On a late September evening in 2006, while showing it off to his siblings, Jordan accidentally shot and killed his brother and best friend, Michael.

The tragedy sent Jordan’s close-knit family on an unusual journey of grieving; mourning the death of one son, while facing the possible loss of another to state prison for up to 8 years..

In 2008 Ducey’s project “One Fatal Shot” was selected as a finalist in ASNE’s community service photojournalism award , finalist for a DART award for excellence in Coverage of Trauma, runner -up for a Casey Medal in the multimedia category, placed in the NPPA Best of Photojournalism domestic picture story category and nominated for a Pulitzer Prize. Director, Photographer, Video Editor