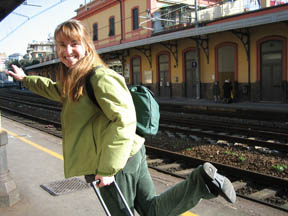 Karen Ducey is a photographer based out of Seattle, WA. With over 20 years professional experience she has produced news, sports, feature, portraits and business assignments for print and online clients. She excels at meeting urgent deadlines, enterprising ideas, seeking creative solutions and dedicating time to long term projects. She has experience in all aspects of production, still or video, whether on location or in the studio.

Her heart is in her work and she believes in the power of photography to make the world a better place. She loves working with non-profits, community organizations and small businesses who share this mission.

Ducey served as secretary on the board of the Society of Professional Journalists, Western Washington chapter (2016-2019) and was President of the Blue Earth Alliance serving documentary photographers and filmmakers from 2016-2018.

Her photography, writing and multimedia work has been honored by the American Society of Newspaper Editors (ASNE) community service photojournalism award, DART Coverage of Trauma, Casey Medals for Meritorious Journalism on Children & Families, Best of the West, Newspaper Press Photographer’s Association-Best of Photojournalism, Society of Press Journalists, Society for News Design, and nominated for a Pulitzer Prize.

In 2011 she received a fellowship from the Knight Digital Media Center, News Entrepreneur Bootcamp at the University of Southern California. There she developed marketing, business and editorial practices for AnimalsNorthwest.com, an online publication she founded dedicated to reporting animal news and issues in the Pacific Northwest.

That year Ducey also directed a documentary short film, "When the Lights Go Out" screened at the Seattle International Film Festival.

She is a current member of the Newspaper Press Photographer Association, Investigative Reporters and Editors, Online Journalist Association, Society of Professional Journalists, the Society of Environmental Journalists, and Impact Hub Seattle for social entrepreneurs, from where she operates her writing and photography business out of Pioneer Square in downtown Seattle.

For almost a decade she worked as deckhand aboard commercial fishing boats in Alaska. Some of those images are available at http://archive.karenducey.com/gallery-collection/Alaska-Commercial-Fishing/C0000xMxsaVHMFK4