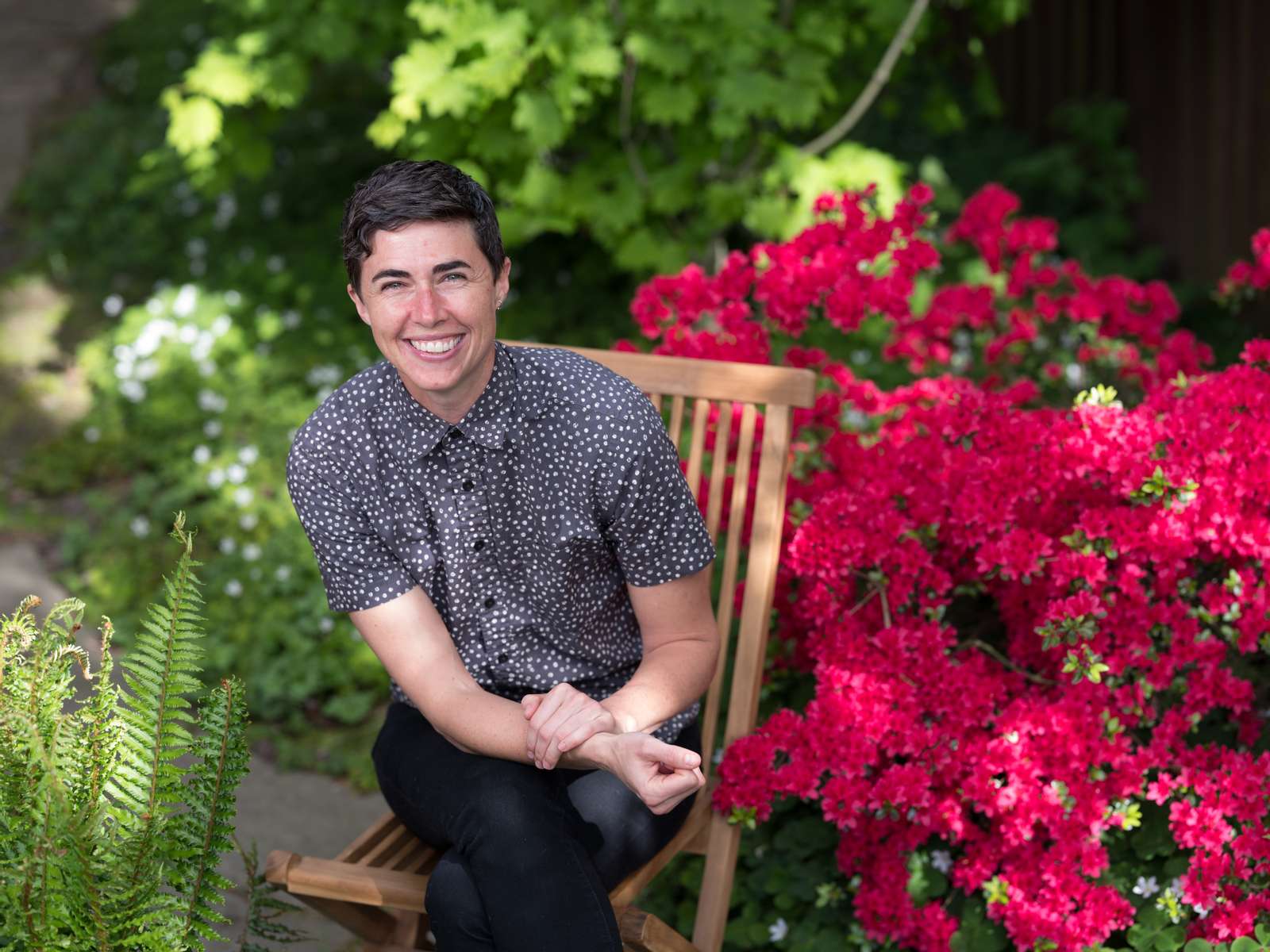 Katrina Spade, founder and CEO of Recompose, photographed in Seattle, WA on May 6, 2019. Spade started her business around five years ago with the notion that when she dies, ìI didnít want to be cremated or buried,î preferring natural organic reduction instead. Washington is expected to become the first state to legalize human composting, an environmentally friendly burial alternative that advocates say is not as icky as it sounds. Gov. Jay Inslee is likely to sign a bill authorizing the practice, given that reduced carbon emissions from cremation fit with his climate change platform as a presidential candidate. (photo by Karen Ducey)