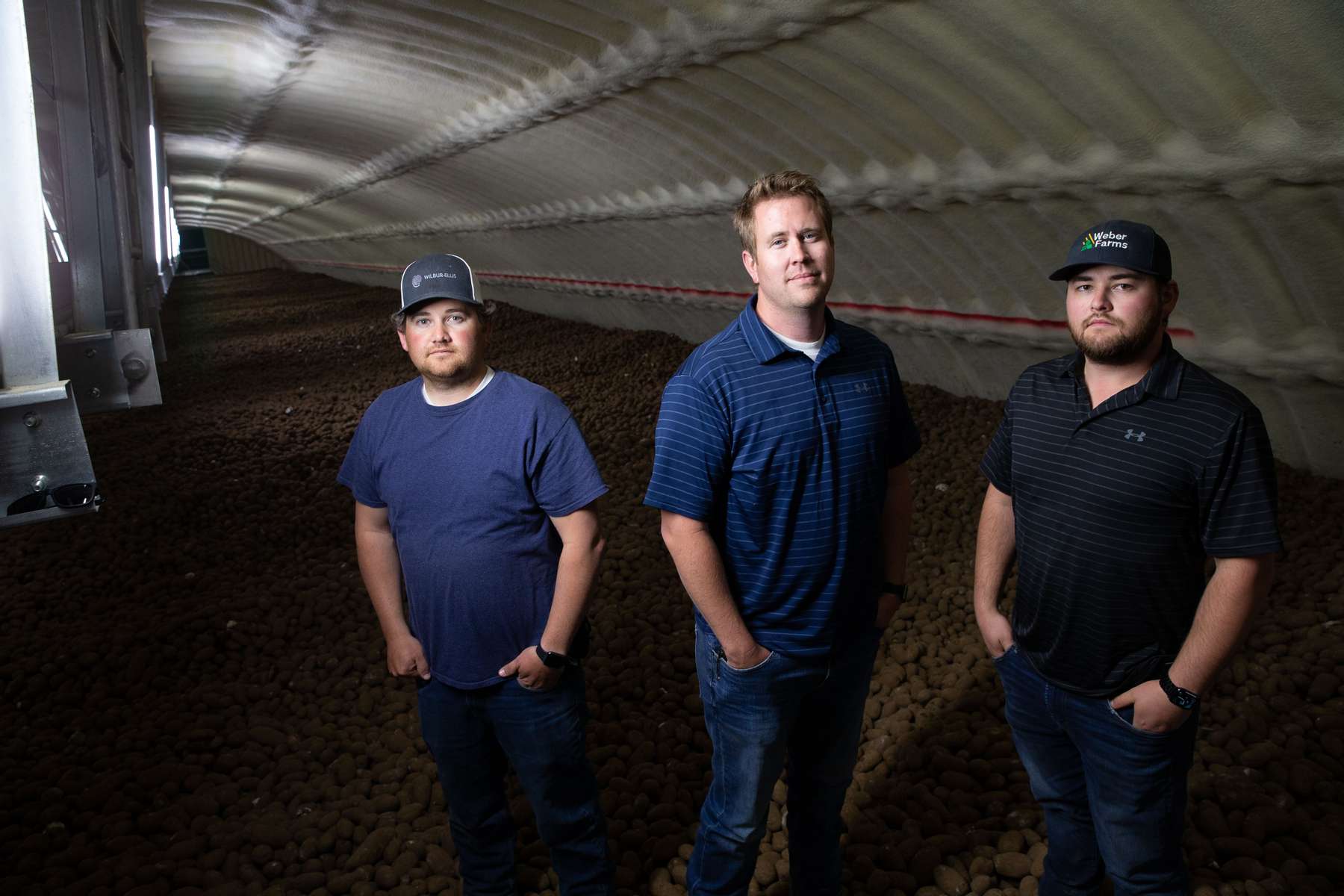 From left to right: Weber Family Farmsí managers and family members, Deven Johnson, Josh Lyebert, and Adam Weber stand on $1.1 million worth of ready-to-eat russet potatoes in one of their refrigerated potato storage bays in Quincy, Washington on May 1, 2020. That particular bay holds 16 million pounds of potatoes, 20 feet deep in a building 340 feet long -just slightly less than the length of a football field. Weber Family Farms is a a third-generation farming family, started by Adam's grandfather, Bill Weber, in the late 1960s.

A billion pounds of excess potatoes in Washington state, second largest potato producer in the country. About 70 percent of its crop usually goes to overseas, to Pacific Rim countries primarily, in the form of french fries, but with so many restaurants/food service closed in U.S. and internationally, they have way more potatoes than they can sell. Last year they didnít have enough to meet demand; now growers are facing the prospect of losing it all. (photo by Karen Ducey)