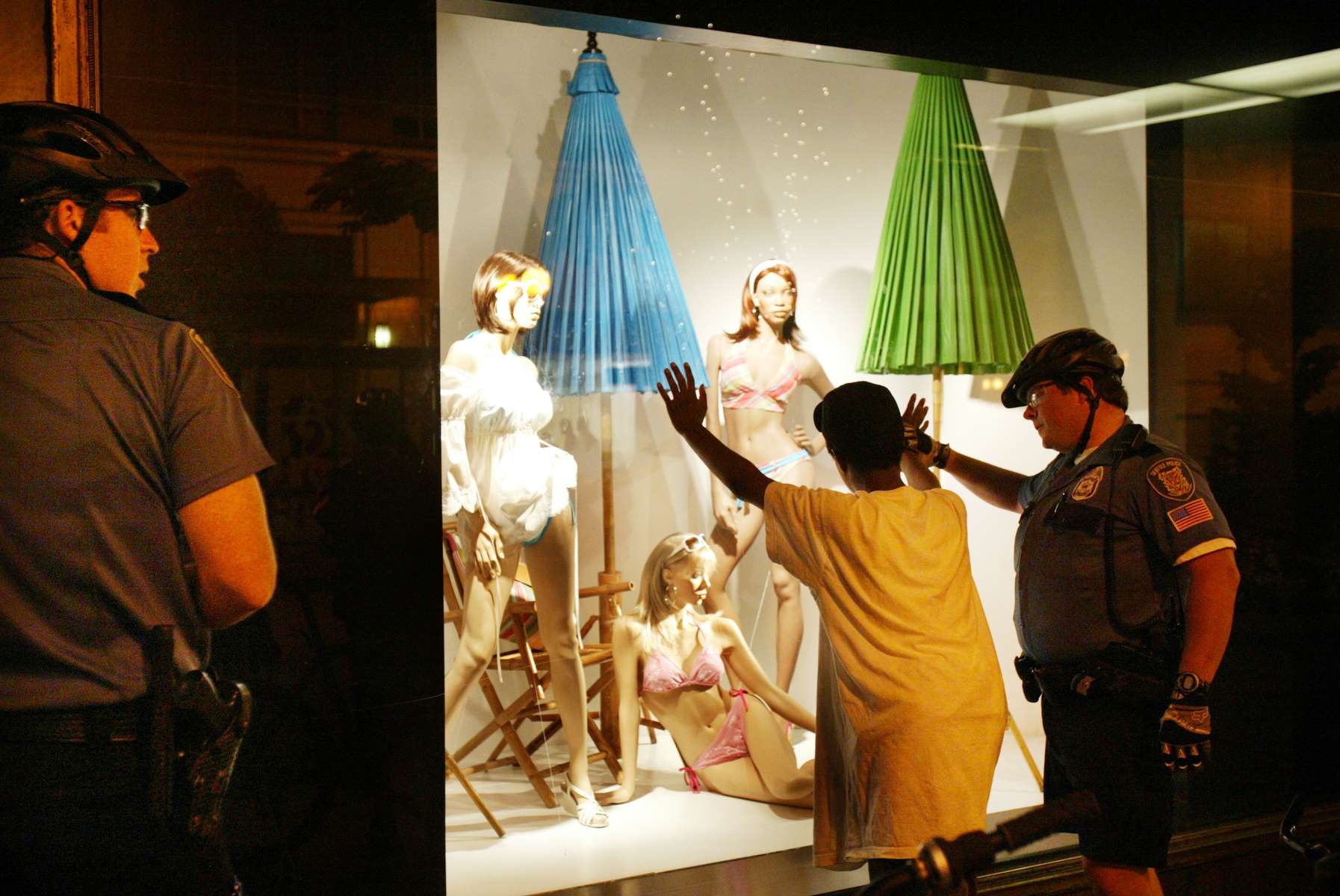 At Third Ave and Pine in Seattle on July 6, 2007, police pat down and question young people in front of Macy's department store at around 9:30pm. The cops let them go but wouldn't tell me why they had stopped them or what the were asking them. The kids wouldn't talk to me either. (PI photo/Karen Ducey)

What the heck? Since no one would tell me what was going on I had to leave it to the manequins to tell the story.