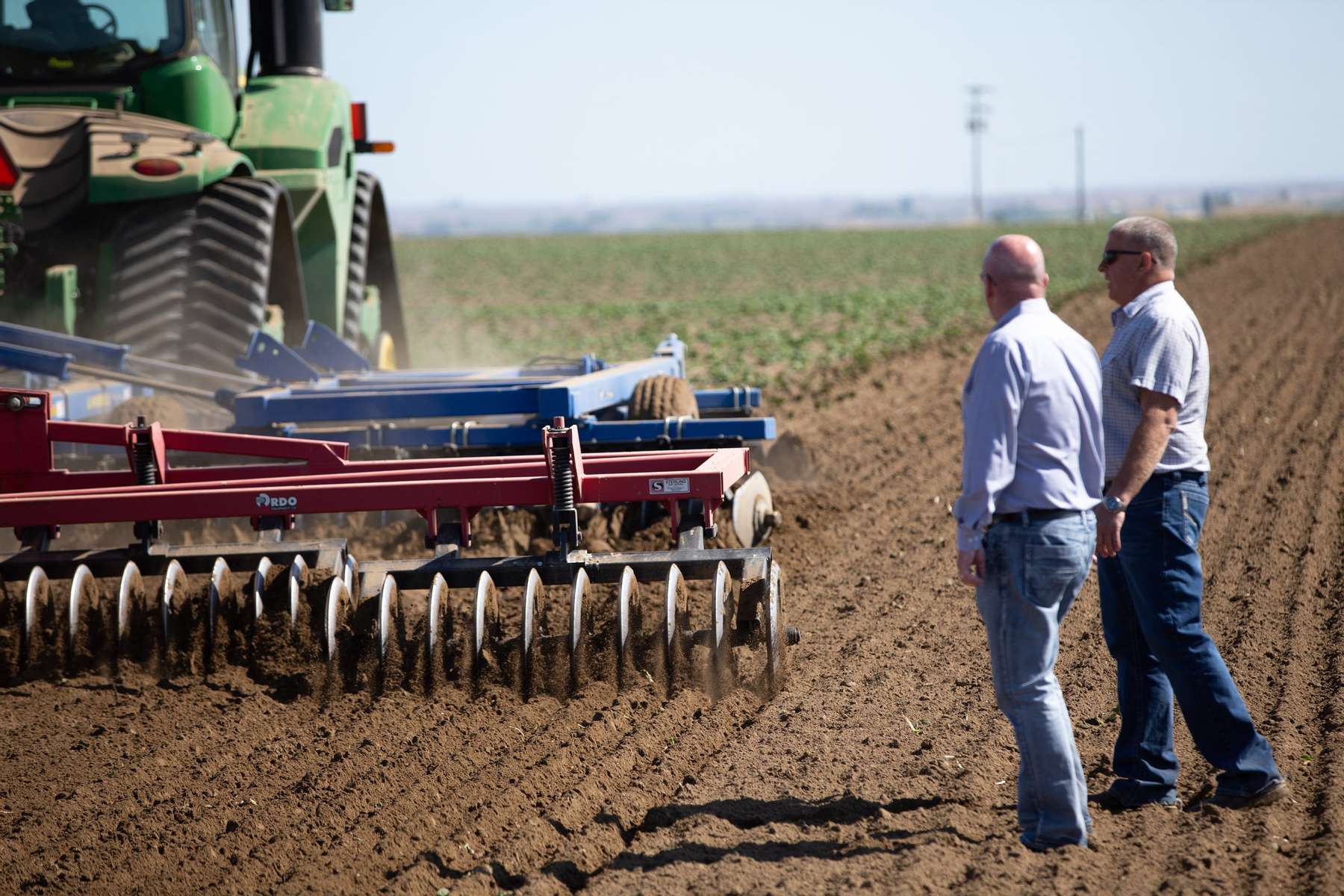 Dale Lathim, Executive Director of the Potato Grower’s of Washington and President of the Potato Marketing Association of North America (left) and grower Mike Pink of Pink Farms watch an agricultural machine destroy his potato plants in his field in Mesa, Washington on May 1, 2020. Pink had half his crop destroyed in order minimize his losses and plans to grow sweet corn there instead. A billion pounds of potatoes sits in excess in Washington state, the second largest potato producer in the country. About 70 percent of its crop usually goes to overseas, to Pacific Rim countries primarily, in the form of french fries, but with so many restaurants/food service closed in U.S. and internationally, they have way more potatoes than they can sell. Last year they didn’t have enough to meet demand; now growers are facing the prospect of losing it all. (photo by Karen Ducey)