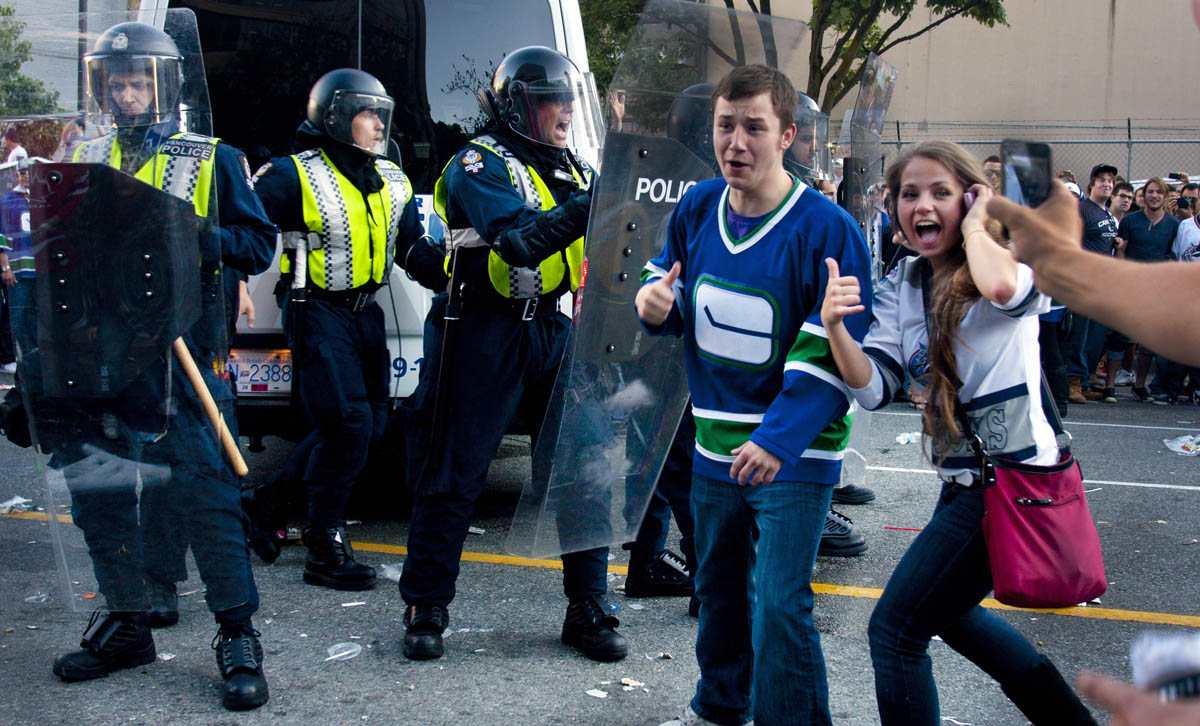 
What's a party to some is serios business to others as Canuck's fans give a thumbs up police appear concerned of the growing riot on the downtown streets of Vancouver,BC after the Canucks were defeated by the Boston Bruins in the Stanly Cup on June 15, 2011. (photo copyright Karen Ducey)