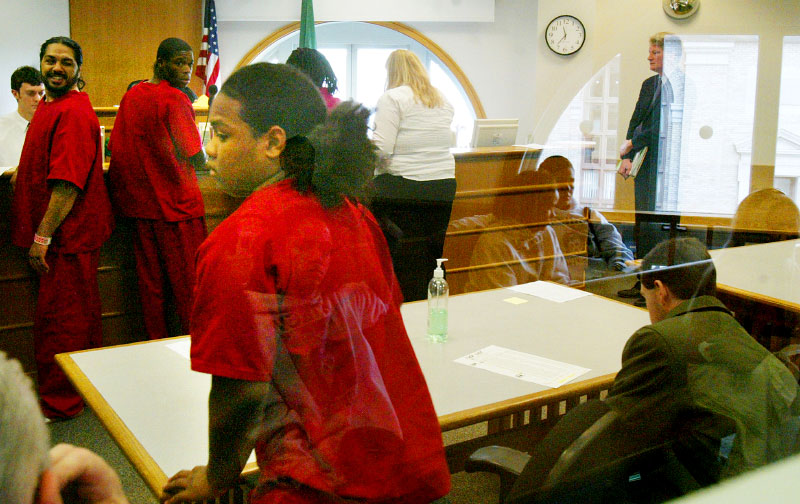 This is No Joke – court


Jordan appears in court in Seattle six months after his brother's death. He turned 16 just four days after accidentally shooting his brother, and the state charged him as an adult. He faces eight years in jail. He was detained in adult prison twice during his year on home detention, this time for going to football practice after school without the knowledge of his social worker. © Karen Ducey/ Seattle PI