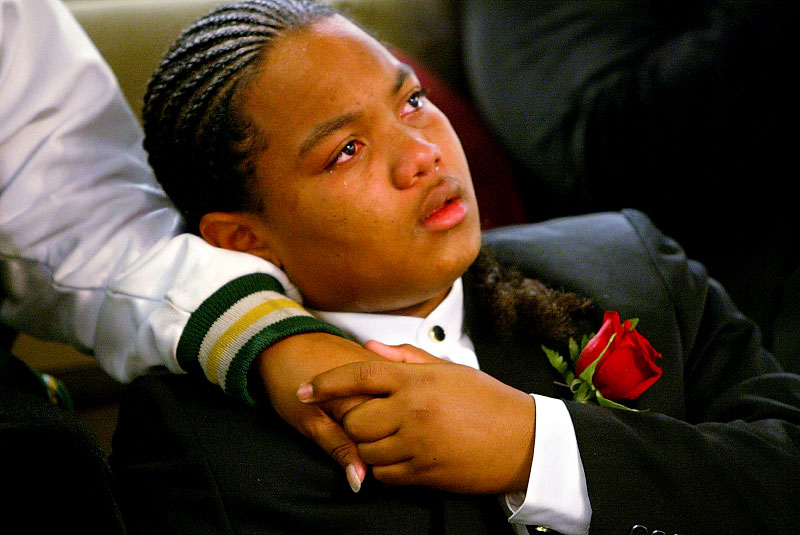 This is No Joke – Jordan


"THIS IS NO JOKE. THIS IS MY LIFE" Jordan Jantoc holds the hand of his mother, Lena Jantoc, during his brother’s funeral. Several weeks ago he had accidentally shot his brother while the two were playing with a handgun in the family's home. The two had been the best of friends and were often referred to in unison as “Michael Jordan.” Charged as an adult he faces up to 8 years in prison. On home detention he is in a prison of his own surrounded by his family and his guilt. The first sentence of his online My Space page reads “This is not a joke. This is my life”.

This is the first story in a six part multimedia series photographed between 2005-2006. It was nominated for a Pulitzer Prize. © Karen Ducey/Seattle PI