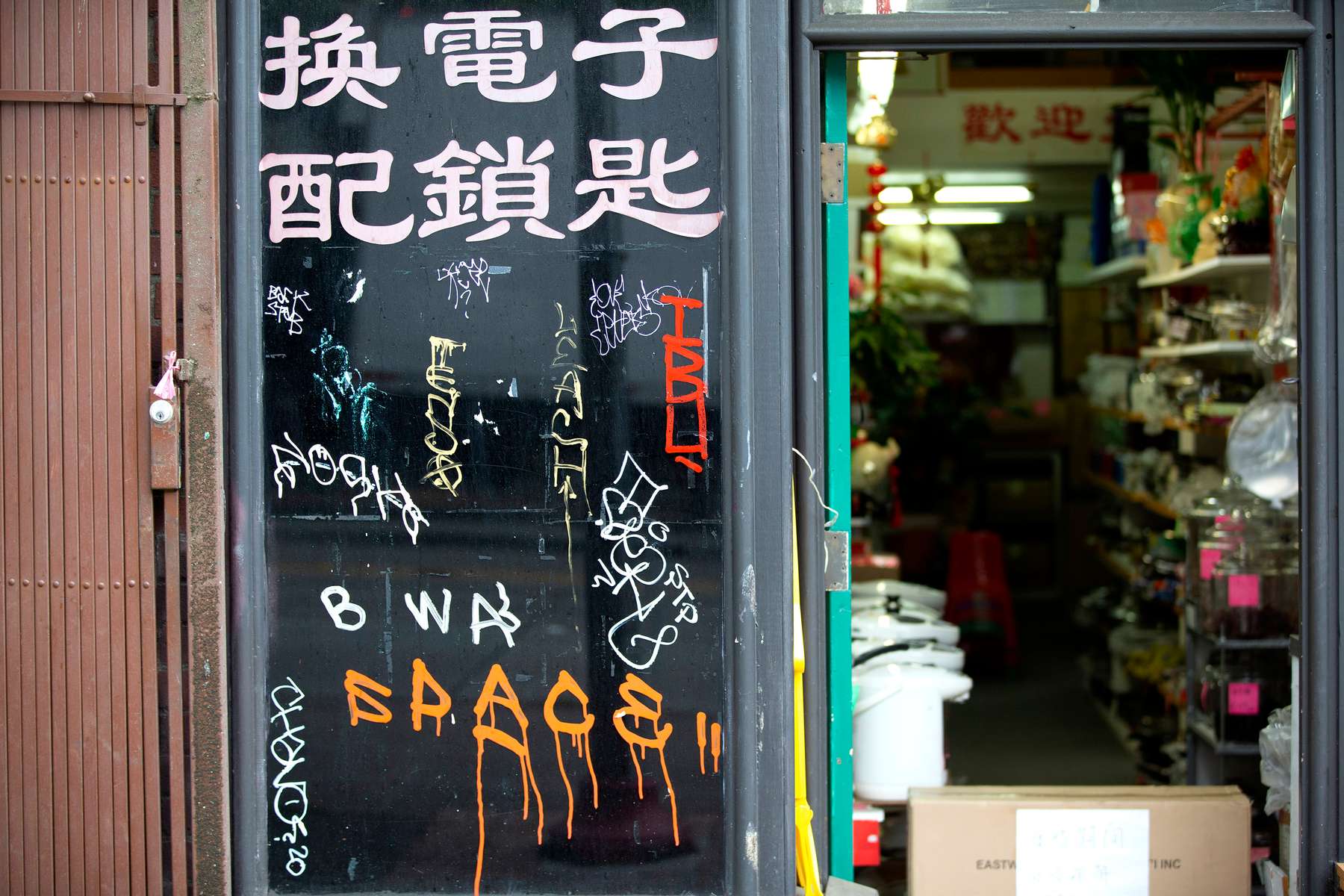 A storefront is damaged in the Chinatown-International District after a night of protests in Seattle, Wash. on May 30, 2020. Protests around the country became violent over the past couple days after the police killing of George Floyd, a black man in Minneapolis, who was killed while in the custody of white police officers. Residents of the Chinatown-International District were already on edge after a couple Asian-targeted hate crimes occurred in the neighborhood fueled by President Donald Trump’s references of COVID-19 as the “Chinese virus” or “Kung flu.”