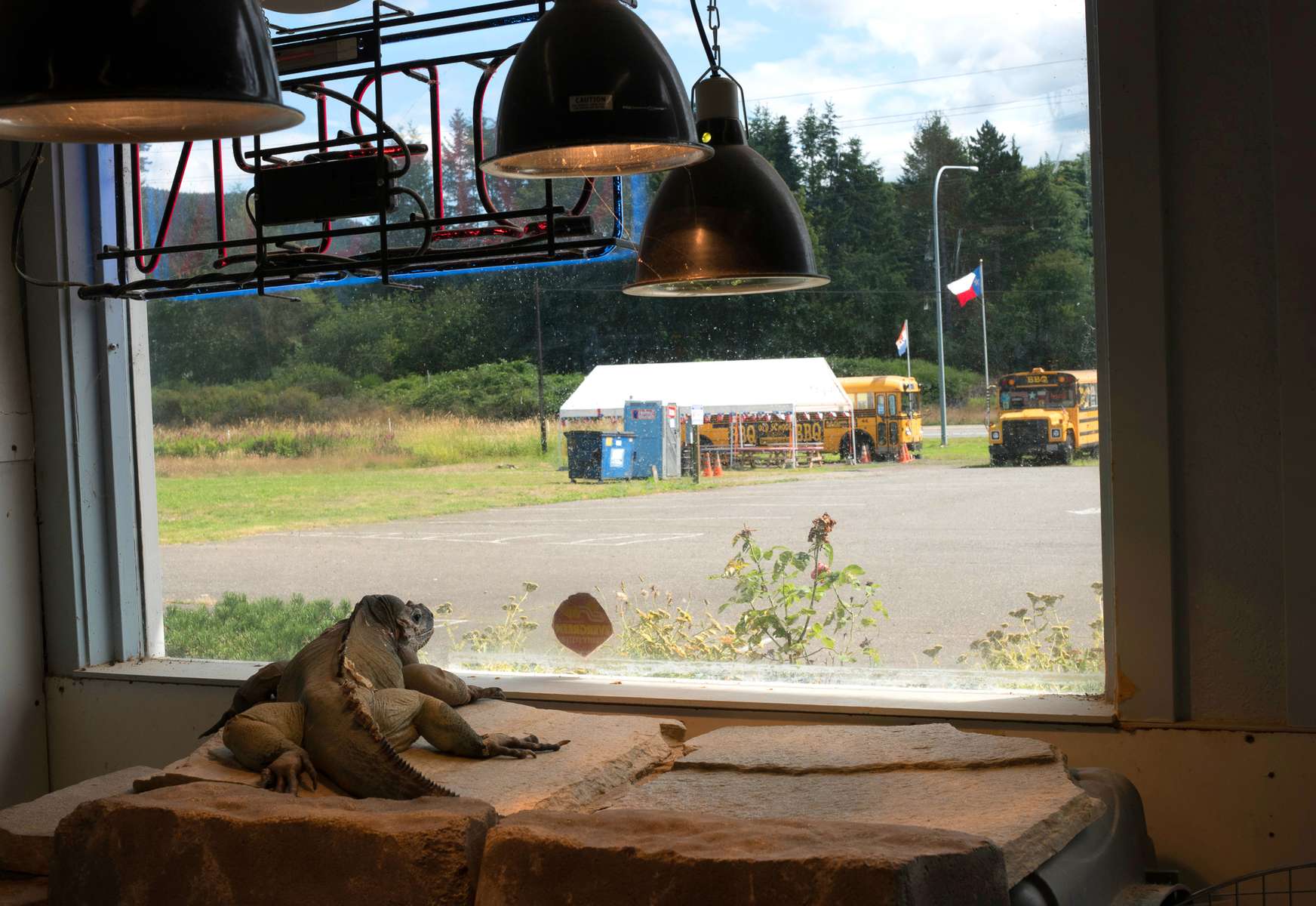 A Rhino Iguana named "Doc" stares out the window of it's enclosure towards a parking lot at the Reptile Zoo in Monroe, Wash. on July 13, 2016. A sign posted on its enclosure said rhino iguanas come from the "Carribean Island of Hispaniola" and live in "scrub woodlands, dry forests, and rocky habitats." Another sign says that this species is listed as "VULNERABLE" on the IUCN Red List due to: human persecution, collection for food, importation for captive keeping purposes, and predation by invasive species (especially cats).

Another sign mentions these animals were captured in the wild but bred in captivity.