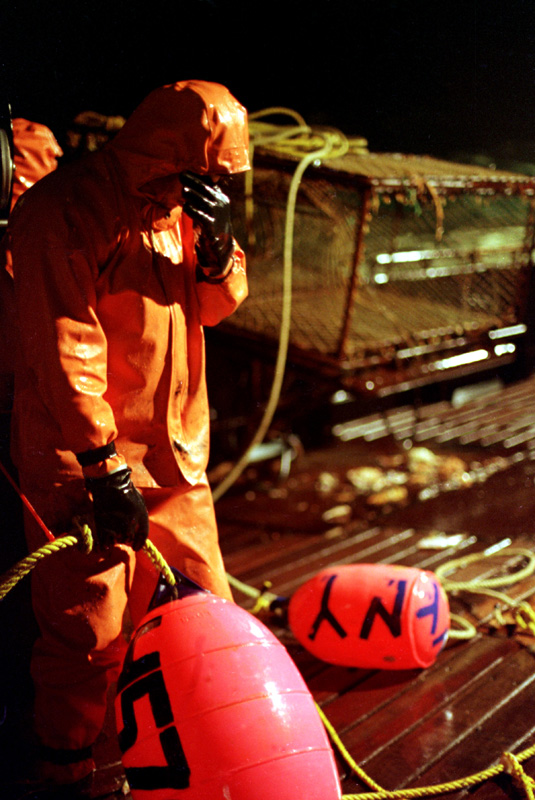 
After working for 24 hours straight, a crewman onboard the fishing vessel "Maverick" rests his eyes as he awaits the signal to throw the buoy and dump the crab pot overboard during King Crab crab fishing season in the Bering Sea in November 1993. The Bering Sea is known for having the worst storms in the world. Nights are long and cold in the arctic in the winter. Crab fishing in the Bering Sea is considered to be one of the most dangerous jobs in the world. This fishery is managed by the Alaska Department of Fish and Game and is a sustainable fishery. The Discovery Channel produced a TV series called "The Deadliest Catch" which popularized this fishery. © copyright Karen Ducey