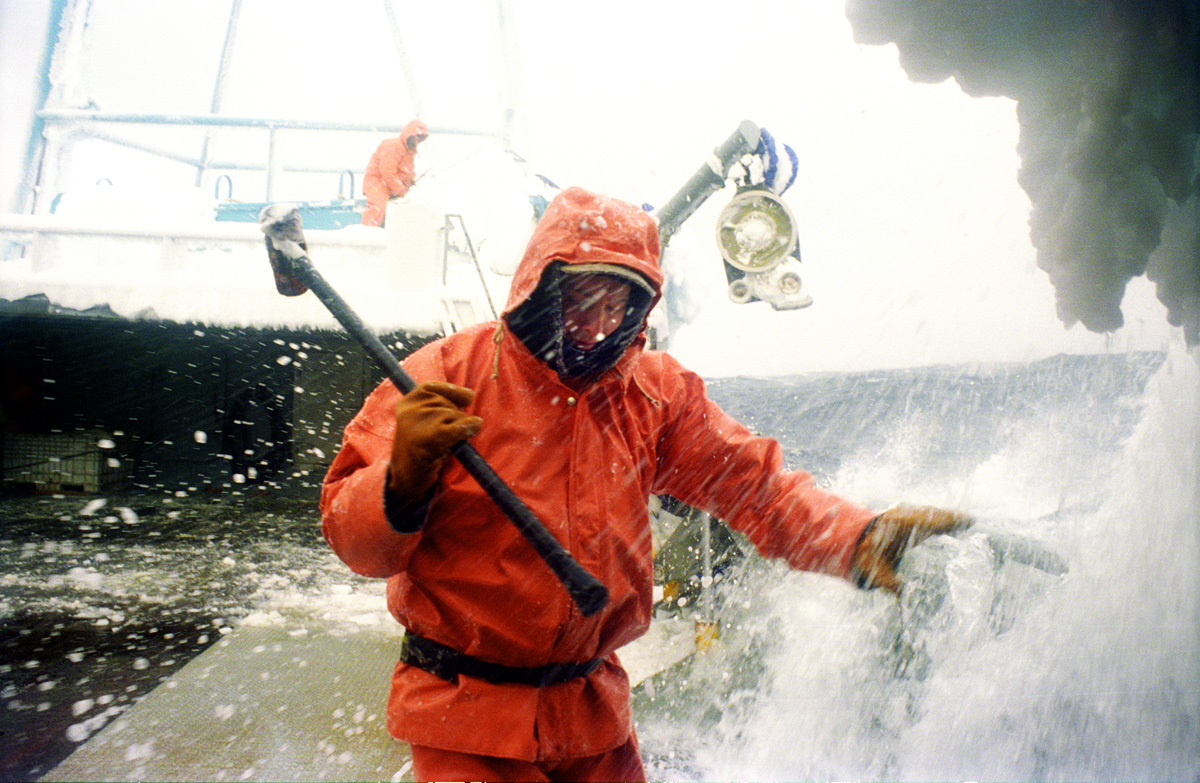 
Crewman Jeff Newton braces as a wave splashes over the side of the crab fishing vessel "Kiska Sea" as it fishes for opilio crab in the Bering Sea in January and February of 1995. Also known as freezing spray, waves and wet sea air slam into the boat freezing on impact causing ice to cover the boat. Newton is carrying a sledgehammer which he is using to beat the ice off the sides of the boat. Boats covered in ice become top heavy and are in danger of rolling over. The Bering Sea is known for having the worst storms in the world. Crab fishing in the Bering Sea is considered to be one of the most dangerous jobs in the world. This fishery is managed by the Alaska Department of Fish and Game and is a sustainable fishery. The Discovery Channel produced a TV series called "The Deadliest Catch" which popularized this fishery. © copyright Karen Ducey