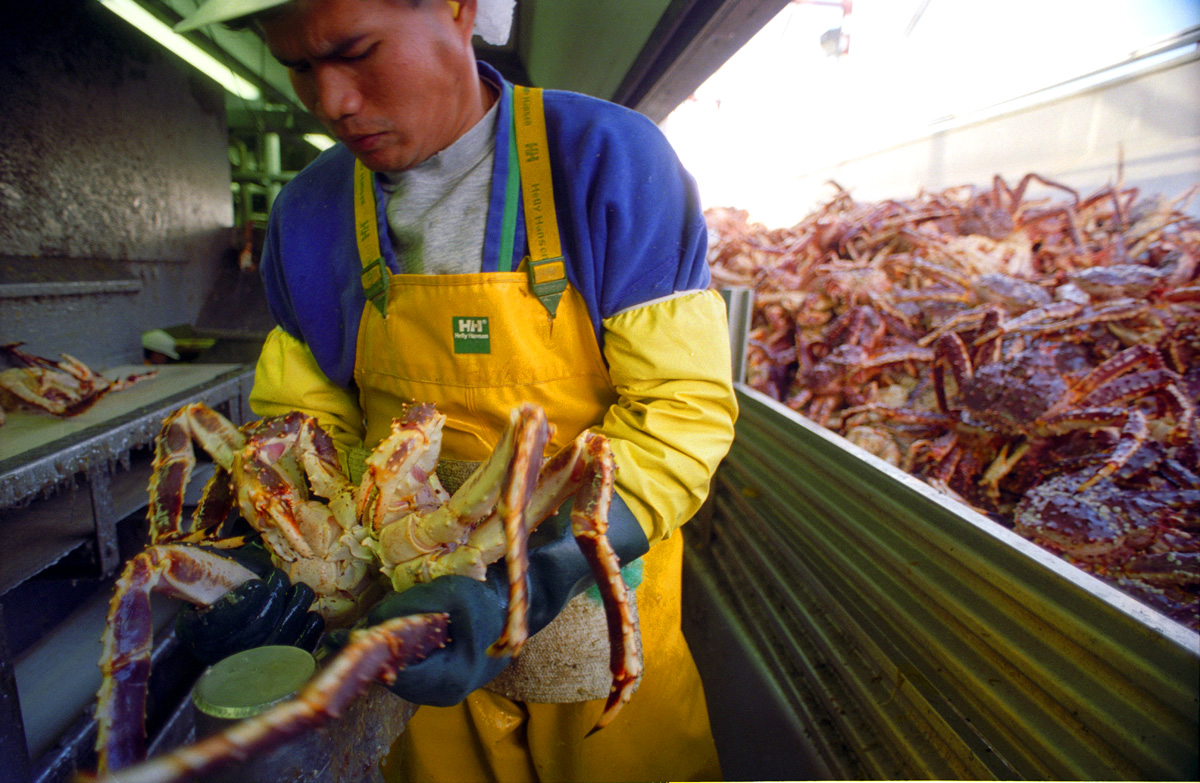 
A processor halves a red king crab at the Unisea processing plant in Dutch Harbor, Alaska in October 1994. The Bering Sea is known for having the worst storms in the world. Crab fishing in the Bering Sea is considered to be one of the most dangerous jobs in the world. This fishery is managed by the Alaska Department of Fish and Game and is a sustainable fishery. The Discovery Channel produced a TV series called "The Deadliest Catch" which popularized this fishery. © copyright Karen Ducey