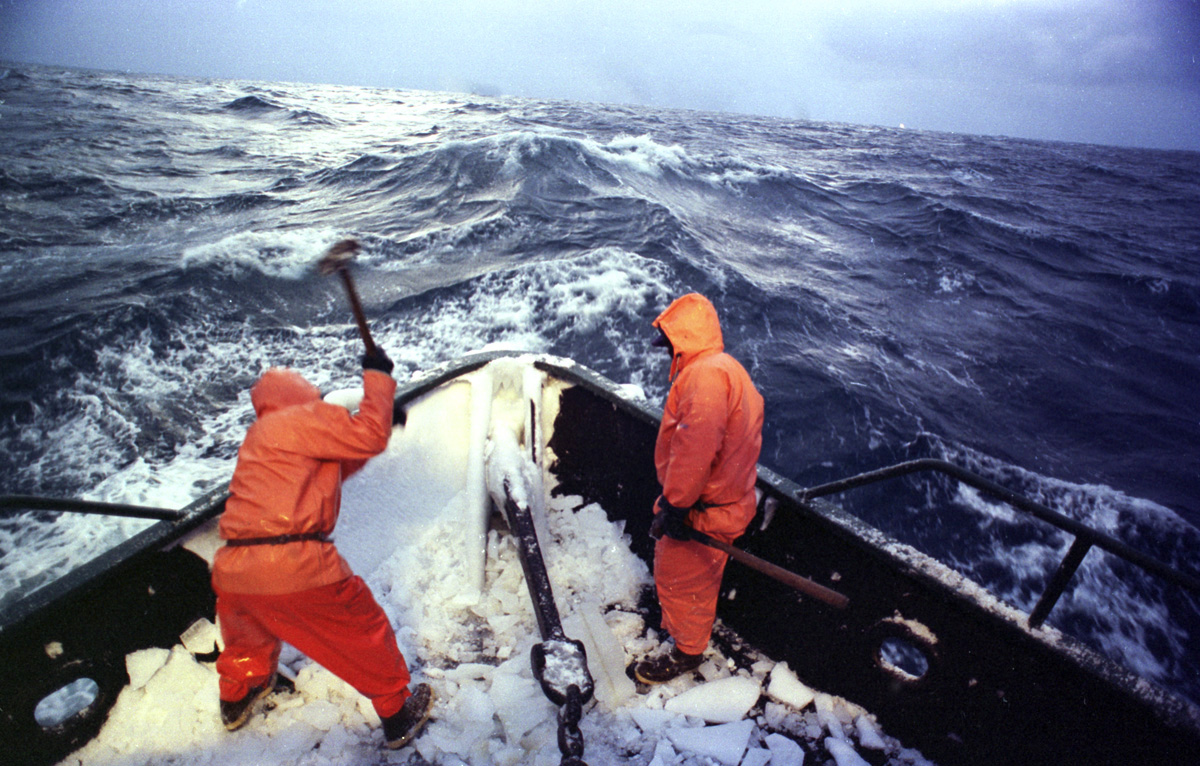 
Heaving sledgehammers, two crew members begin a frigid January morning in 1995 by smashing a coat of frozen sea spray from the bow of the Polar Lady during opilio crab season in the Bering Sea. An iced-over boat can become dangerously top-heavy in rough seas and roll over. After four or so hours of sleep deckhands rise, beat ice off the boat with baseball bats and sledgehammers, and begin fishing. Crab fishing in the Bering Sea is considered to be one of the most dangerous jobs in the world. This fishery is managed by the Alaska Department of Fish and Game and is a sustainable fishery. The Discovery Channel produced a TV series called "The Deadliest Catch" which popularized this fishery. Today this fishery, largely based out of Dutch Harbor, AK has been consolidated resulting in a lot less boats fishing. © copyright Karen Ducey