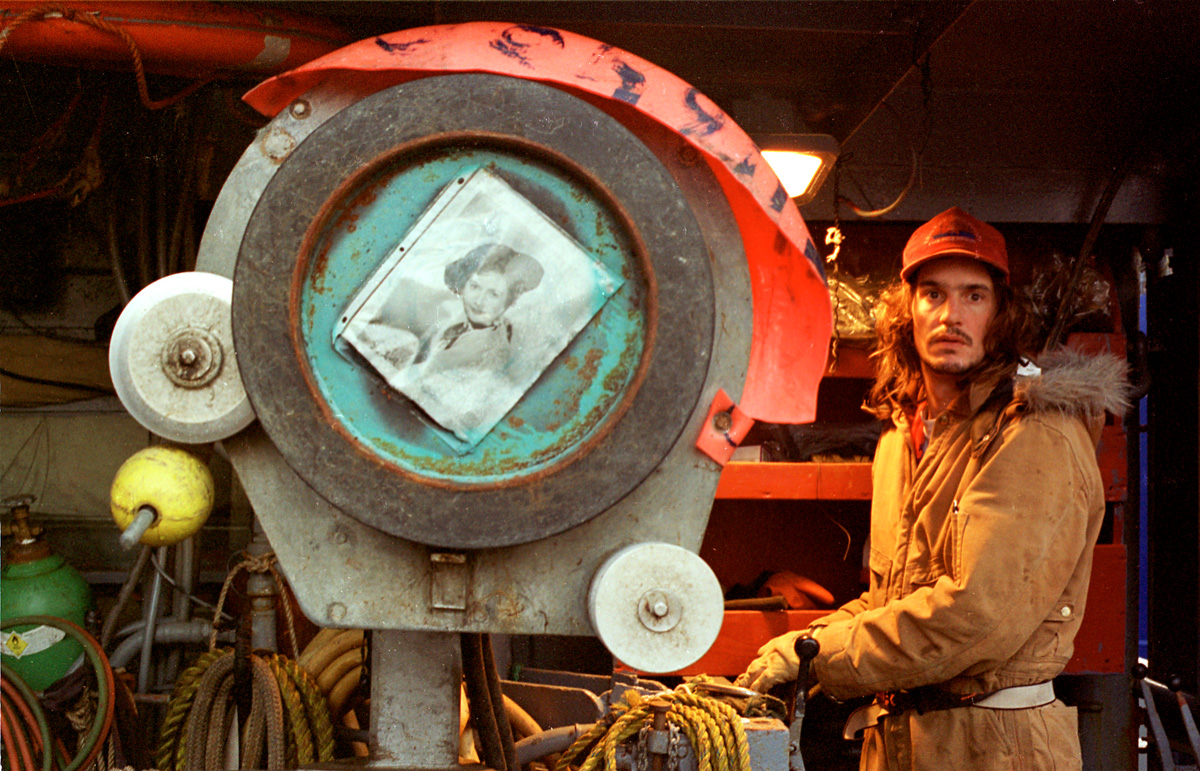 
Aboard the deck of the F/V Big Valley, crewmen Eric Grumpke runs the hydrolics next to the crab coiler which bears a picture of Barbara Stanwyck, star of the television show that is the boat’s namesake, while the boat is in King Cove, Alaska preparing for the red king crab season on October 29, 1993. Grumpke drove the crane that shifted gear and equipment on deck. In the winter, arctic nights last 18 hours. The sun barely comes above the horizon before it begins its retreat back below the surface. Everyone's eyes adjust to the long winter nights, creating a glassy-eyed crew. The “Aleutian stare” is a common affliction everyone gets as a result of fatigue and being in this empty, gray world for indefinite periods of time. Heart failure killed Grumpke only 19 days after this picture was taken while he was operating the crane. © copyright Karen Ducey