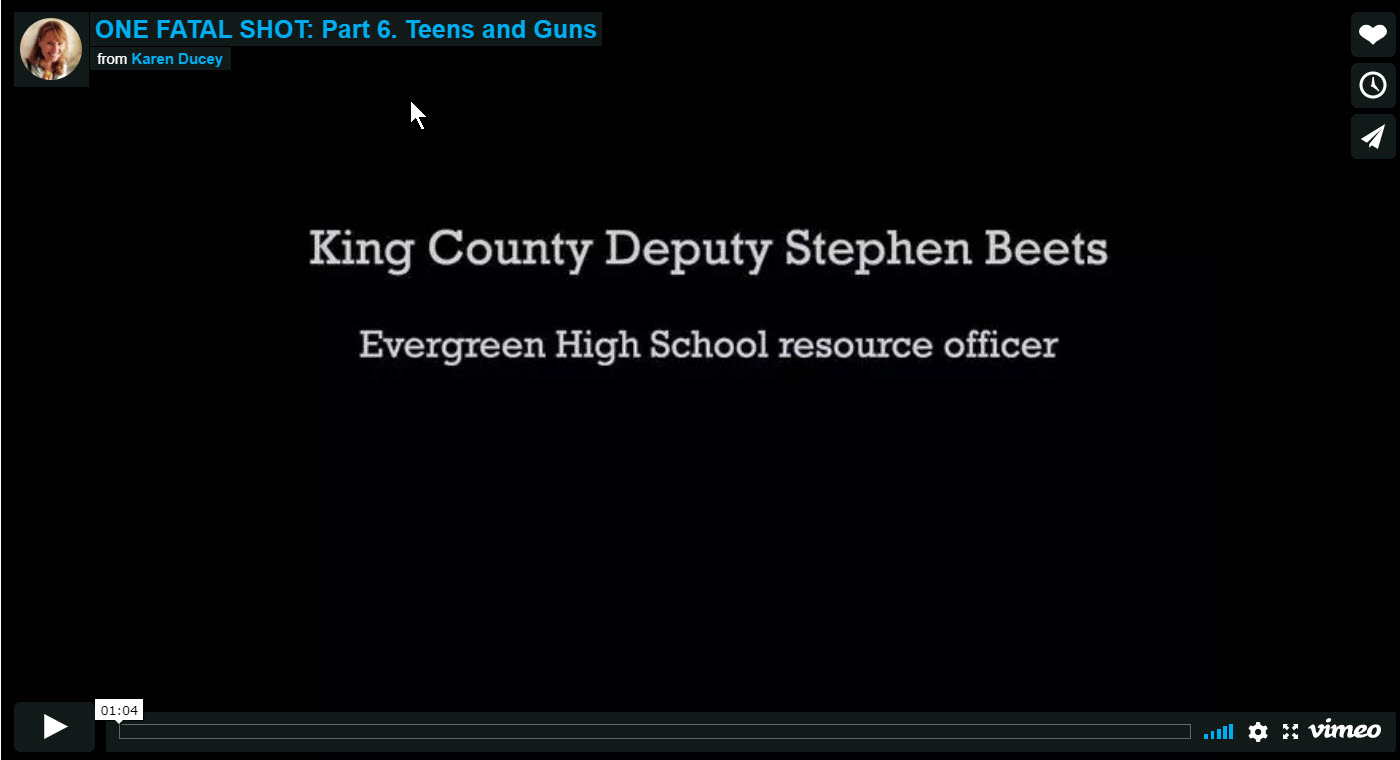 
King County Deputy Stephen Beets, the Evergreen High School resource officer, in White Center, Seattle, Washington, addresses the issue of teens with guns as part of the six-part multimedia series "One Fatal Shot" photographed, recorded and produced by Karen Ducey 2008, published in the Seattle Post-Intelligencer on September 12, 2008. The story followed the Miller-Jantoc family for one year after two of the teenage brothers, Michael and Jordan, were playing with a gun in the family home. Tragically the gun went off and one brother was left dead and the other faced going to jail. This story follows the family as they deal with the loss of one son and brother while trying to forgive the other.