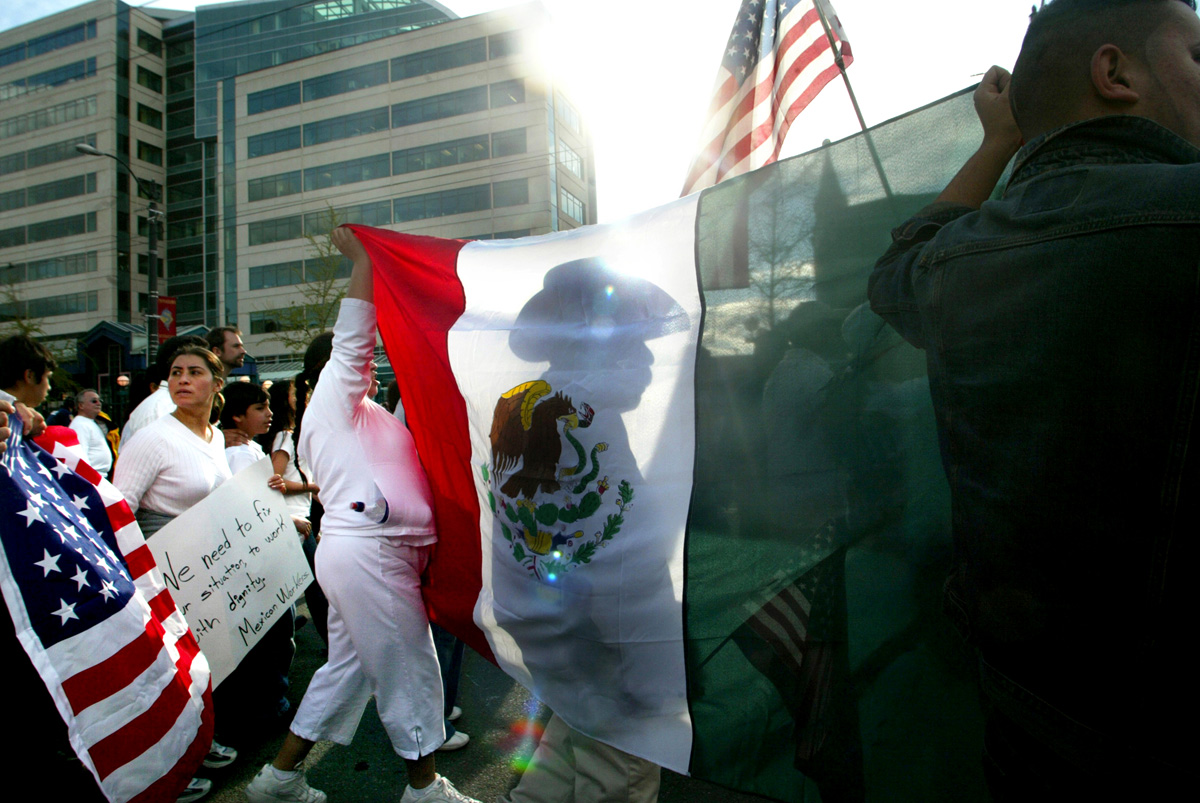 A man who didn't want to give his name, marches in front of a Mexican flag with 15,000 others in Seattle during a rally for immigration rights on April 10, 2006. Asking for amnesty, equal rights, open borders, recognition and respect they demonstrated in solidarity with hundreds of thousands across America demanding immigration reform.