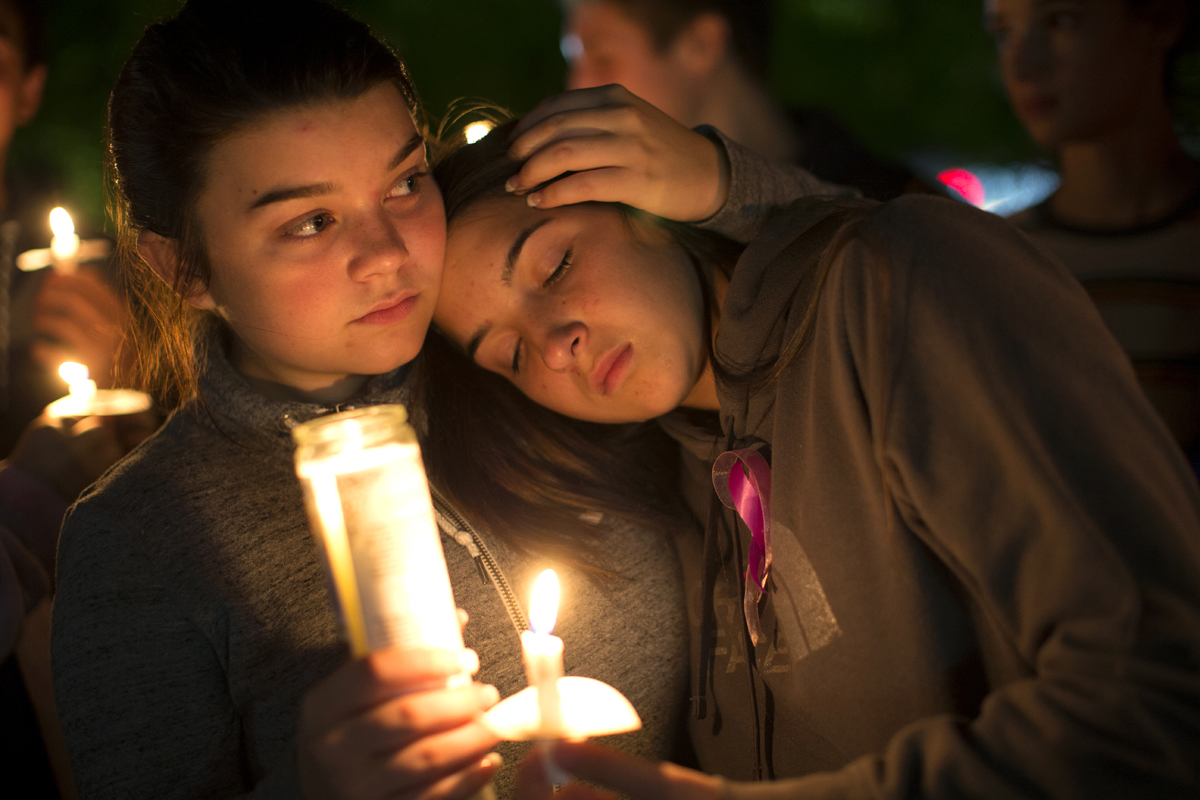 
BURLINGTON, WA - SEPTEMBER 26: Tatum Sprouse (left), 17, and Rainah Douglas, 16, both from Mount Vernon, Washington, participate in a candlelight vigil along Burlington Boulevard on September 26, 2016 in Burlington, Washington. Five people were killed by a gunman several nights ago at thre Cascade Mall. One of those killed was a classmate of theirs at school. The suspect, Arcan Cetin, 20, a resident of Oak Harbor, Washington, was arraigned today. (Photo by Karen Ducey/Getty Images)