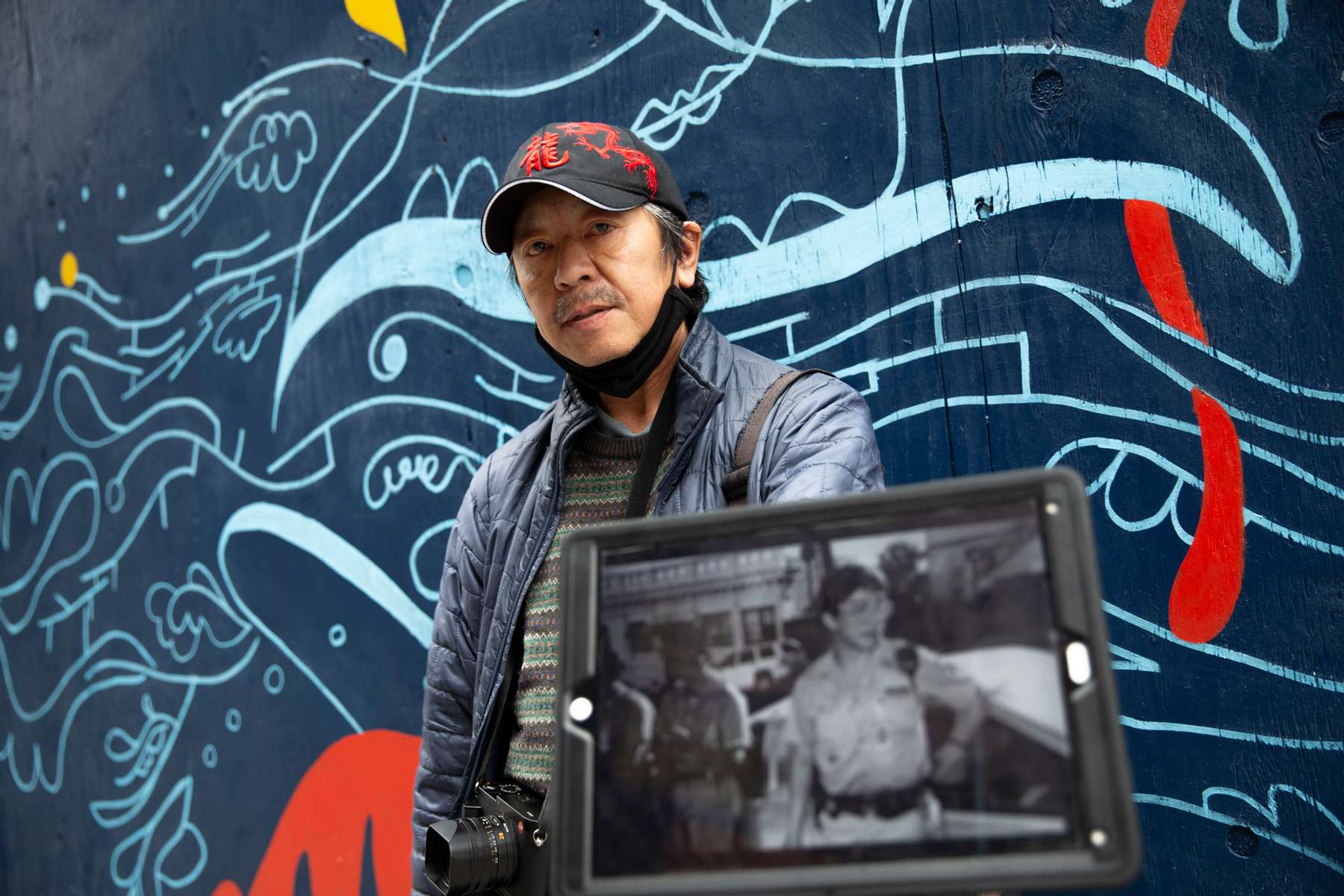 Photographer and co-founder of the International District Emergency Center (IDEC), Dean Wong, holdsa picture of Donnie Chin many years ago in the Chinatown - International District in Seattle, Washington on July 16 and 17, 2020. “He was Dragon one. I was Dragon two,” says Wong explaining that all the volunteers had a code name on the radio. Donnie Chin, director of the International District Emergency Center (IDEC) was murdered on July 23, 2015. The murderer was never found. The mural behind him was painted by Moses Sun and the Wing Luke Museum staff on the boards protecting the windows after the riots from the Black Lives Matter movement. (Photo by Karen Ducey)