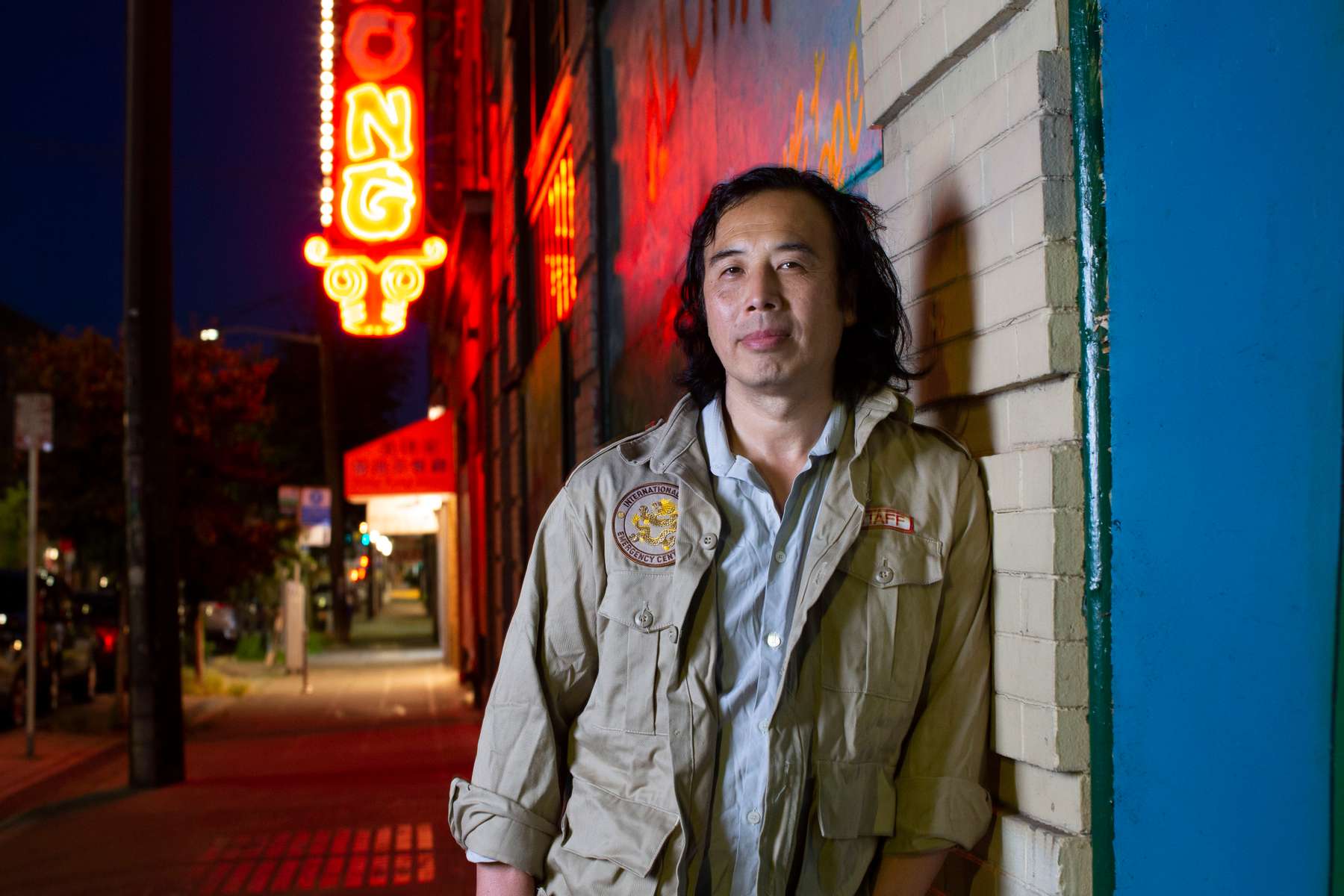 Johnny Chan photographed in the Chinatown–International District in Seattle, Washington on July 15, 2020. Behind him is a photo of Donnie Chin on their bordered up storefront. Chan was one of “Donnie’s Kids” when he grew up in the neighborhood in the 80’s and spent a lot time and late nights working with Donnie to protect the neighborhood. Donnie Chin, director of the International District Emergency Center (IDEC) was murdered on July 23, 2015. The murderer was never found. (Photo by Karen Ducey) (Photo by Karen Ducey)