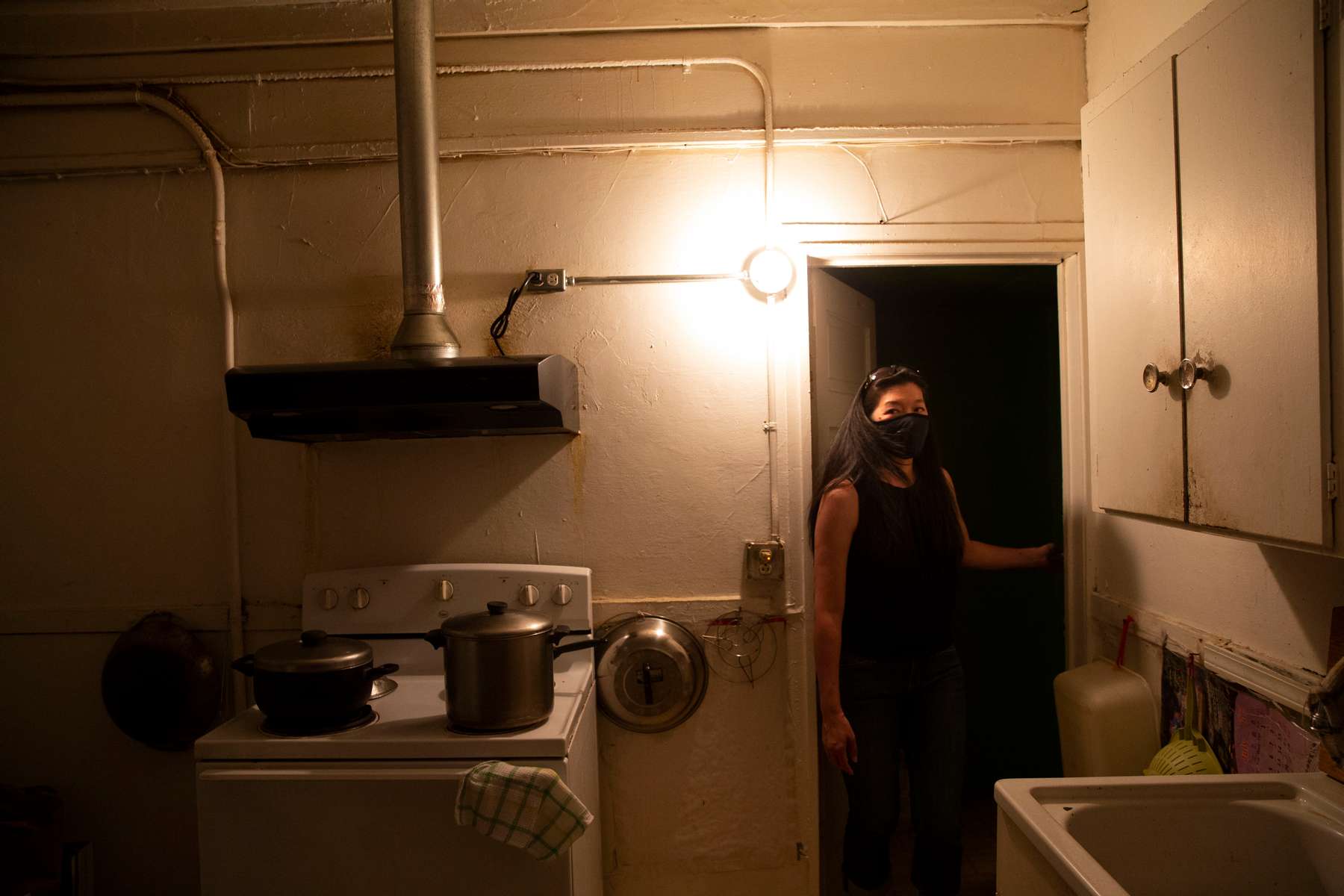 Angela Lee, stands in the kitchen of the home she grew up in in the Kong Yick Apartments in the Chinatown - International District in Seattle, Washington on July 15, 2020. The apartment now belongs to her aunt. Donnie Chin, director of the International District Emergency Center (IDEC) was murdered on July 23, 2015. The murderer was never found. (Photo by Karen Ducey)