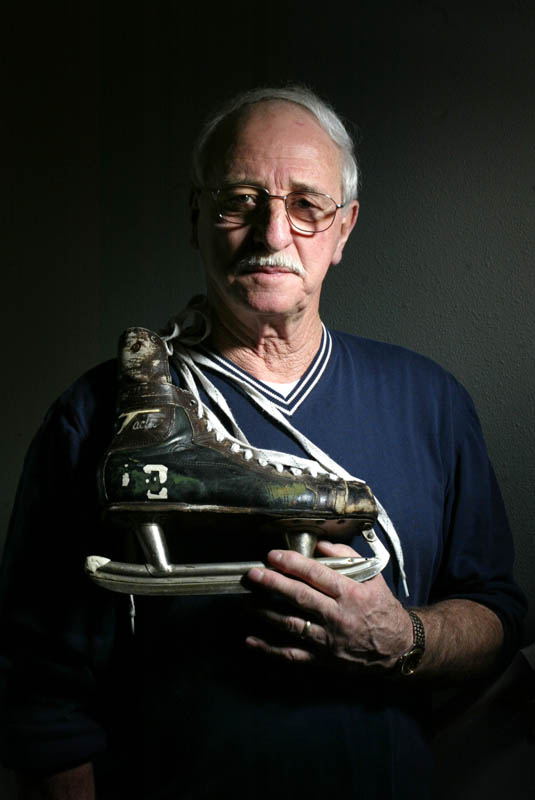 Chuck Holmes of the Edmonton Flyers, a minor-league Canadian hockey player, played against the Seattle Totems from about 1955-1963 and recieved a full share of animosity from Seattle fans. When he was traded in 1965-1972 to the Totems the fans grew to love him. In 1972 he became coach but the Totems had the worst season in WHL histtory. He now lives on Bainbridge Island. (© copyright Karen Ducey)