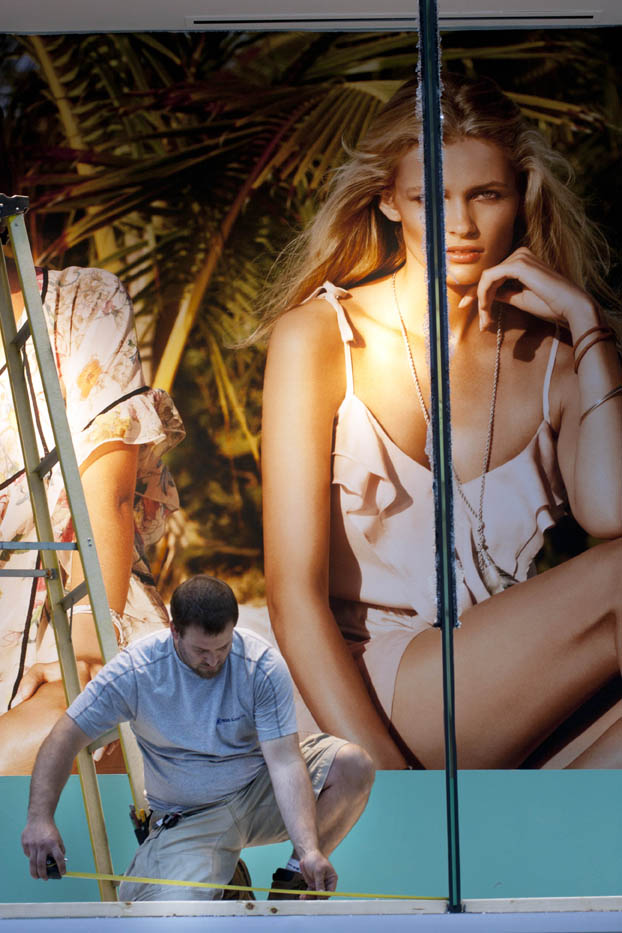 
Steve Cox, from Maple Ridge, BC takes measurements to board up a vandalized window at the H & M store in downtown Vancouver, BC on June 16, 2011. Working for Extreme Glass, a co-worker estimated they have orders to board up around 70 storefronts. Rioters looted stores and burned cars after the Canucks' loss to the Boston Bruins in last night's Stanley Cup. (photo copyright Karen Ducey 2011)