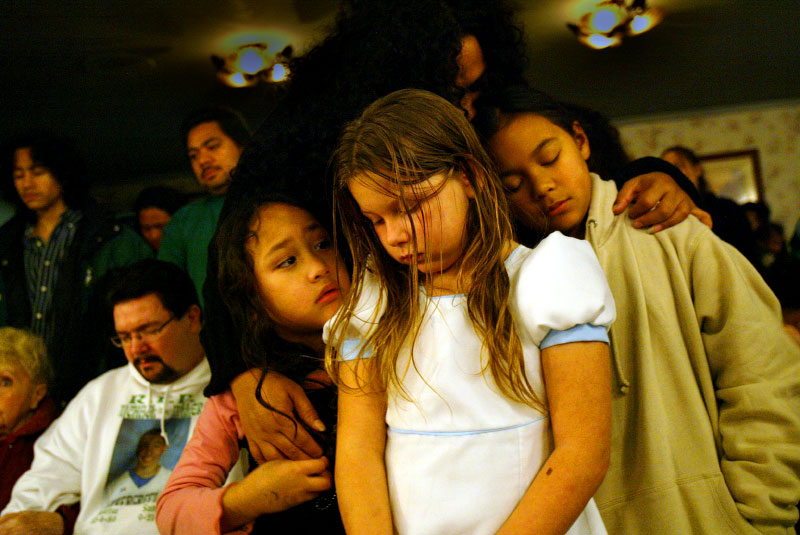 This is No Joke – siblings


Hugged by their mother, siblings mourn their older brother's death at a holiday service at the Greenwood Memorial Park Cemetery in Renton, Wash. on Sunday, December 10, 2006. Their older brother, Michael Miller, had been killed several months ago after he was accidentally shot by another teenage brother while the two were playing with a handgun in the family's home. “I really miss him,” says Mataio Jantoc, 10 (right). “Even though we’re little, this has had one of the biggest impacts in our life and it just really hurts.” From left to right: Tim Miller, father, Merina Sanchez, 5, Brittany Walker, 8, and Mataio Jantoc, 10. They are hugged by their mother, Lena Jantoc, from behind. (© Karen Ducey/ Seattle PI)