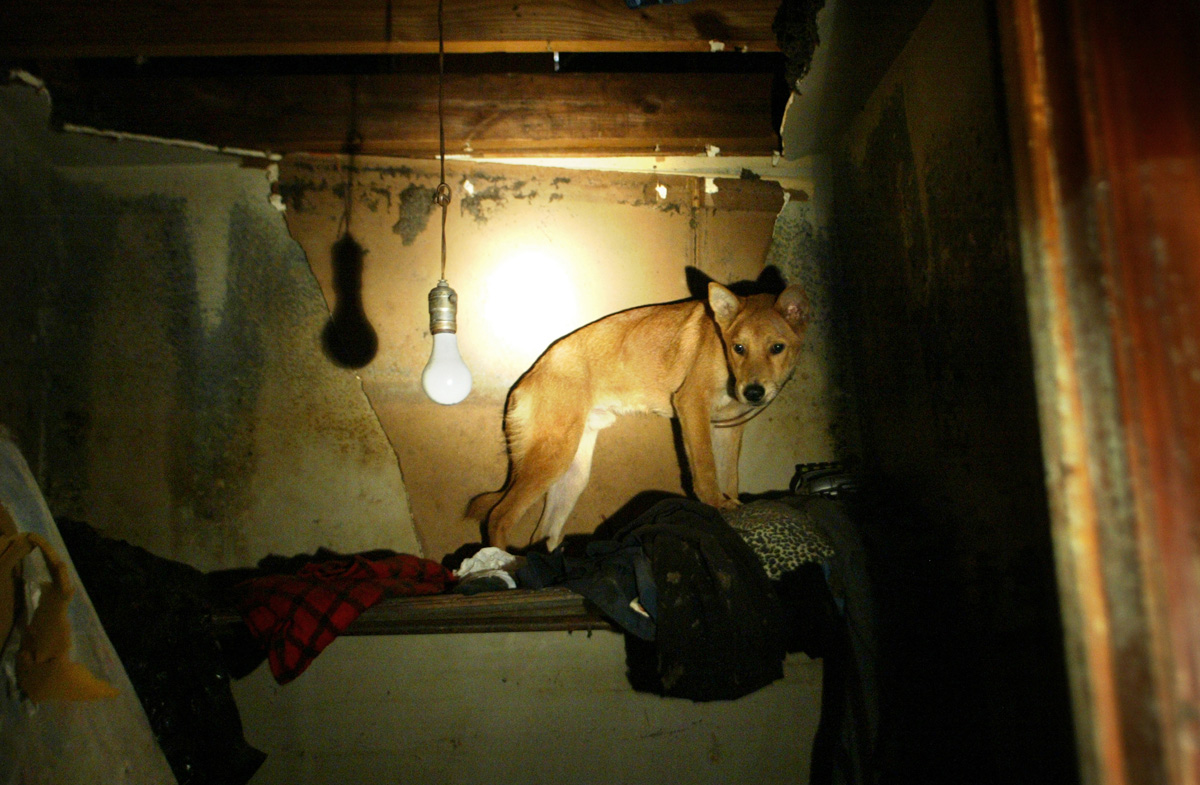 
A dog is found hiding on a closet shelf in a home destroyed by floodwaters two and a half weeks after Hurricane Katrina ripped through New Orleans. Police had threatened to shoot the dog citing it as dangerous until Pasado's volunteer, Larry Brothers, arrived and coaxed it down from the shelf. Four months later, this dog is still in foster care in Alabama at the home of one of the volunteers still awaiting adoption. UPDATE: This dog has since found its way to its rescuer, Larry Brother's home, in Bothell, WA. The dog had been returned to a shelter after an elderly lady, who originally adopted the dog, thought it too aggressive around her grandchildren. Hearing the news Larry Brothers had it flown to Seattle, adopted him, and renamed him "Lucky." (© Karen Ducey)