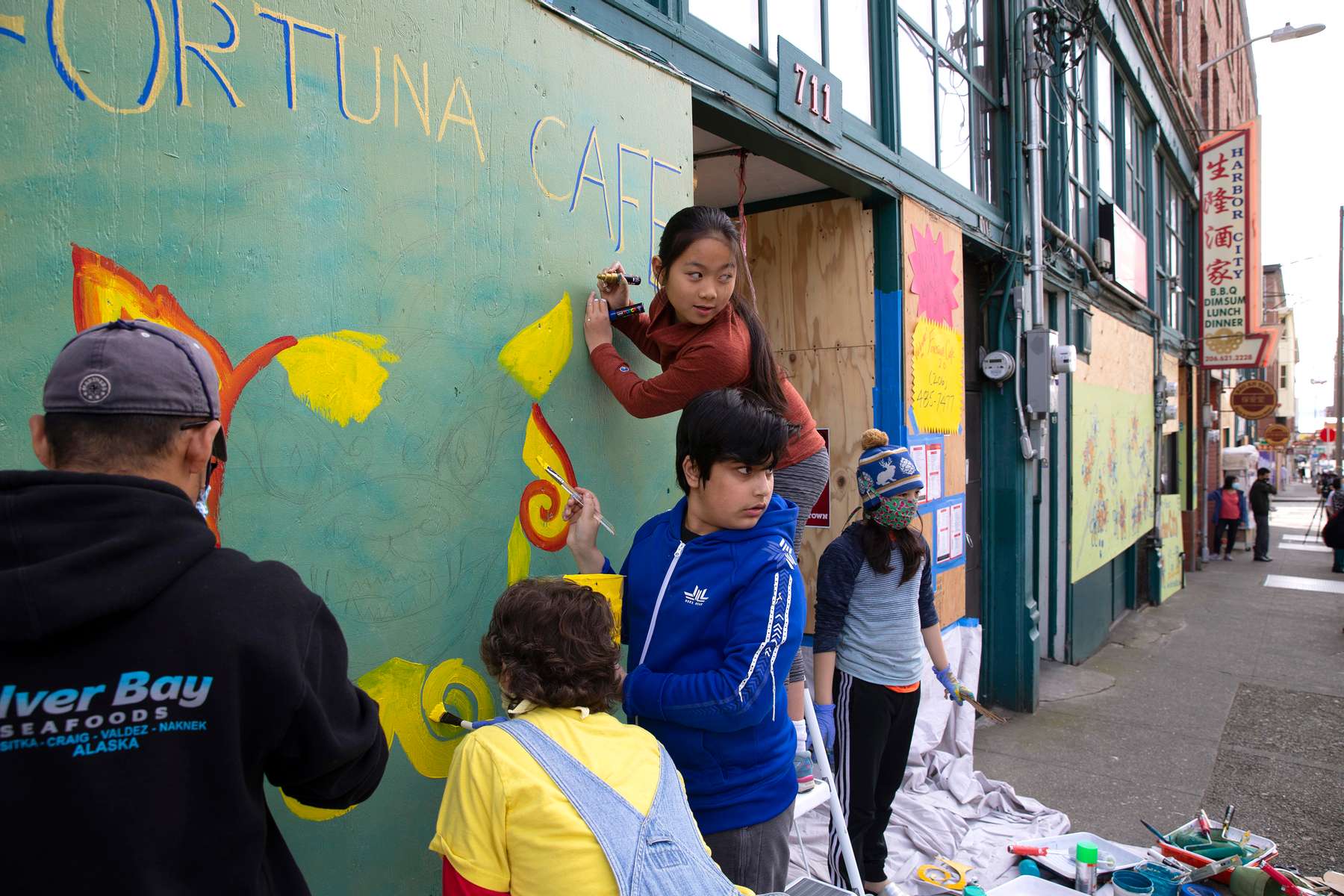 5th graders from Mr. Daichi Hirataís class at the Waldorf School, including Kabir Sethi (center), 11, and Mika Kodama- Chew (on ladder) paint a mural of a Chinese lion over the boarded up storefront of the Fortuna Cafe in Seattle, WA on June 9, 2020. Many storefronts were damaged after a night of rioting swept through the CID after the death of George Floyd, a black man who died when a police officer pinned him to the ground with a knee on his neck. The community responded by boarding up storefronts and hosting artist events to brighten up the streets with murals painted on them. The kids were distracted by firemen putting out a fire at the building across the street. (photo by Karen Ducey)