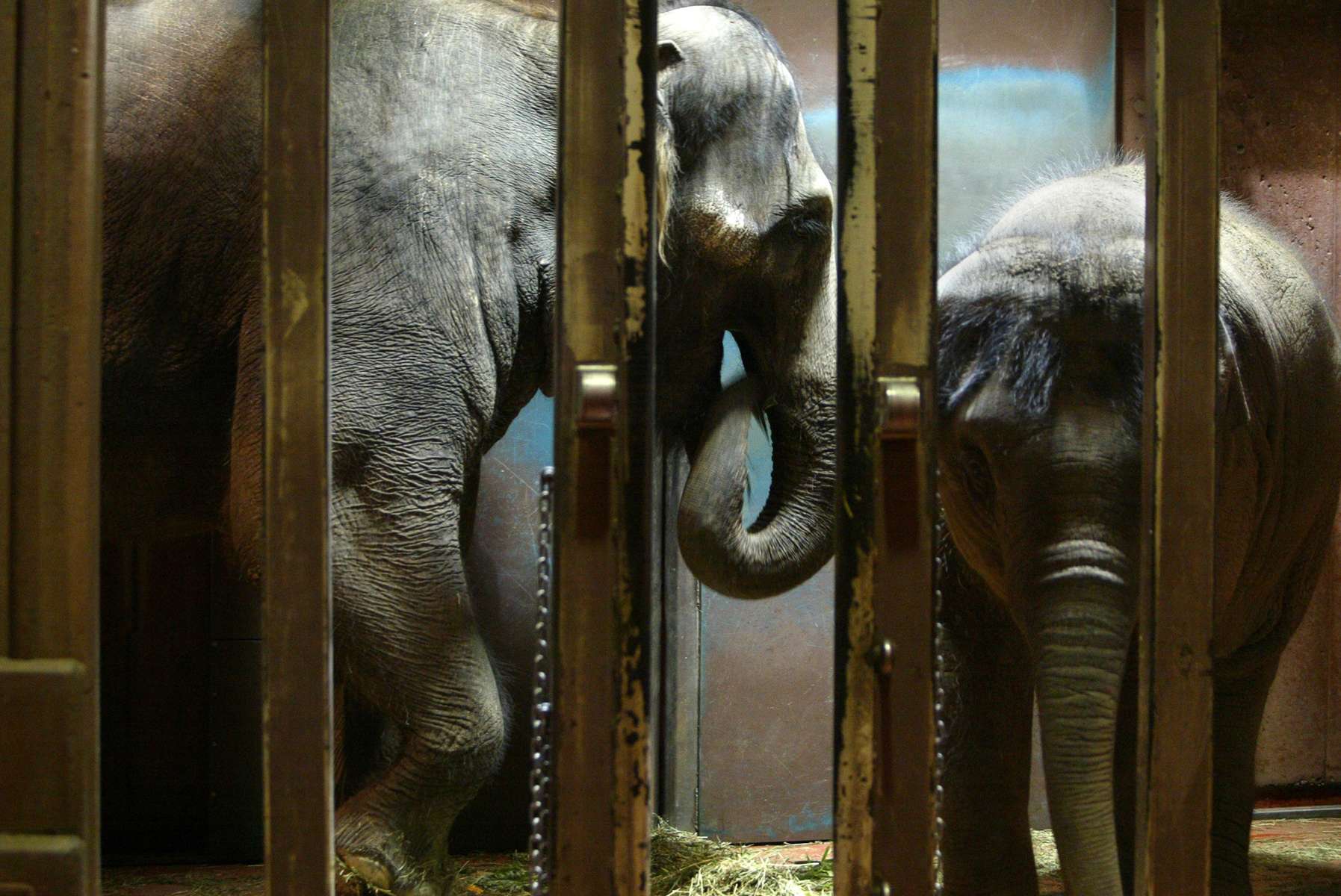 Chai, a 27 year old Asian elephant from Thailand and her baby Hansa, hang out in a cage shortly after Chai went through an artificial insemination procedure at the Woodland Park Zoo on February 28, 2005 in Seattle,WA. Hansa died a couple years later from a herpes virus that had been passed from her mother. Nevertheless, scientists continue to artificially inseminate Chai. To date (Jan. 2012) Chai has been artificially inseminated 61 times without success of pregnancy. Advocates' have plead for the zoo to stop this proceedure for years. (photo/Karen Ducey).