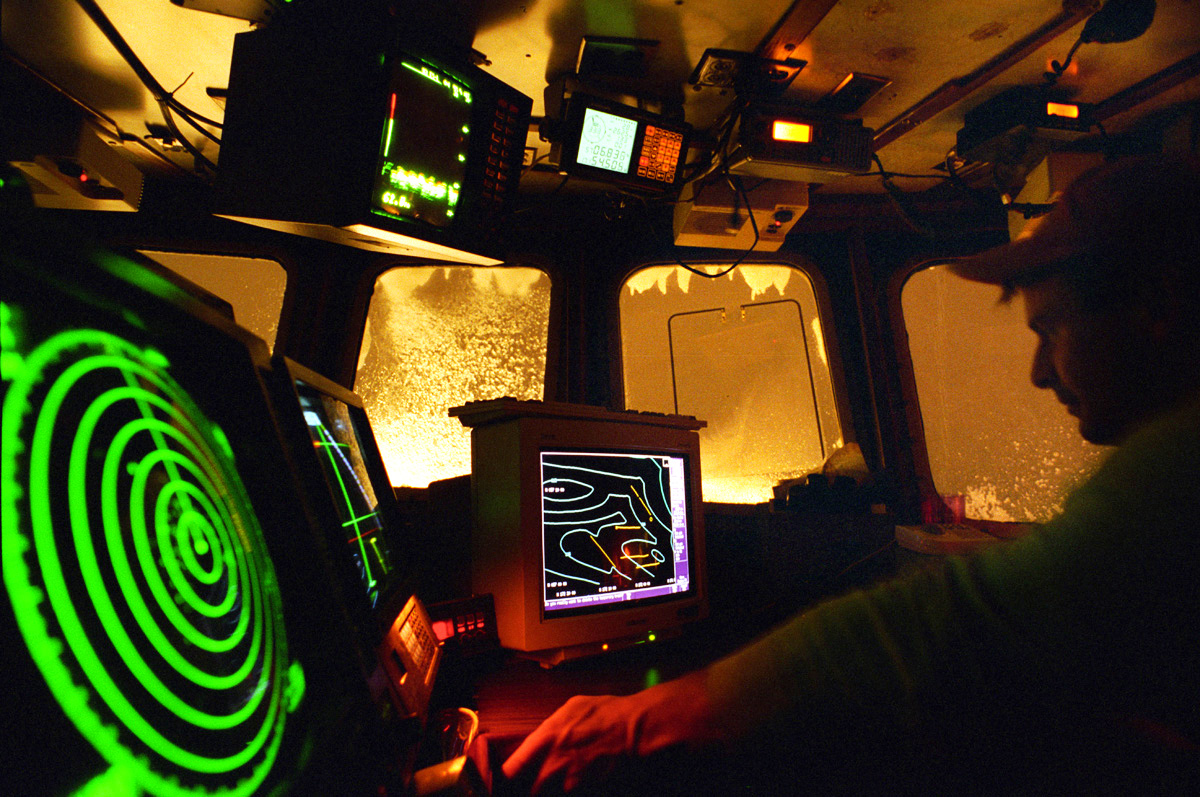 
Assistant skipper Jeff Morehouse guides the fishing vessel "Polar Lady" through a stormy night using GPS, radar, sideband radio, depth finders, and other electronic equipment in the wheelhouse during an opilio crab season in the Bering Sea in January 1995. Nights are long and cold in the arctic in the winter. Crab fishing in the Bering Sea is considered to be one of the most dangerous jobs in the world. This fishery is managed by the Alaska Department of Fish and Game and is a sustainable fishery. The Discovery Channel produced a TV series called "The Deadliest Catch" which popularized this fishery. Today this fishery, largely based out of Dutch Harbor, AK has been consolidated resulting in a lot less boats fishing. © copyright Karen Ducey