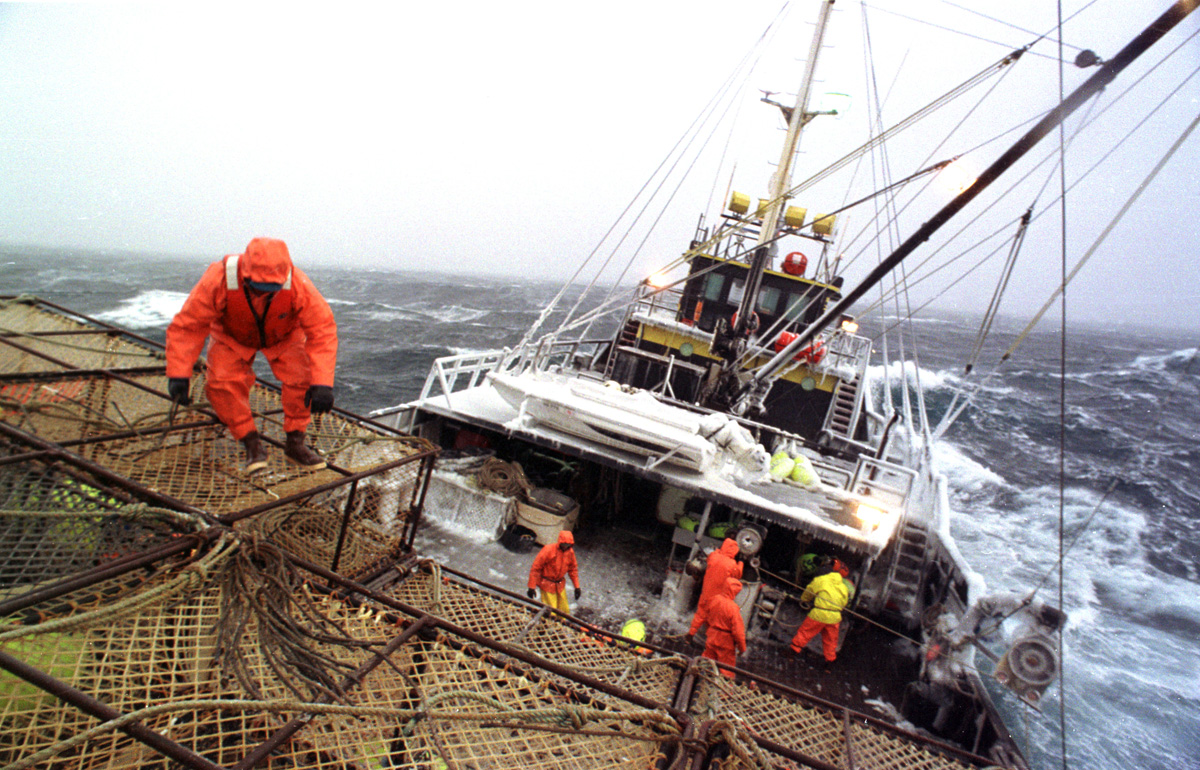 
Pictures from this project ran across five picture pages in the printed version of the Seattle Times, and later, a photo essay published in the Seattle Post-Intelligencer. A photo story also ran on NationalGeographic.com. Crewman Joe Hinton works on the stack on the fishing vessel "Reliance" during a storm in the Bering Sea which took down four boats in four days during opilio crab fishing in February 1994. Only one crewman lost his life which was considered very fortunate. The Bering Sea is known for having the worst storms in the world. Crab fishing in the Bering Sea is considered to be one of the most dangerous jobs in the world. This fishery is managed by the Alaska Department of Fish and Game and is a sustainable fishery. The Discovery Channel produced a TV series called "The Deadliest Catch" which popularized this fishery. Today the fishery has been consolidated resulting in a lot less boats participating in this fishery based out of Dutch Harbor, Alaska. © copyright Karen Ducey