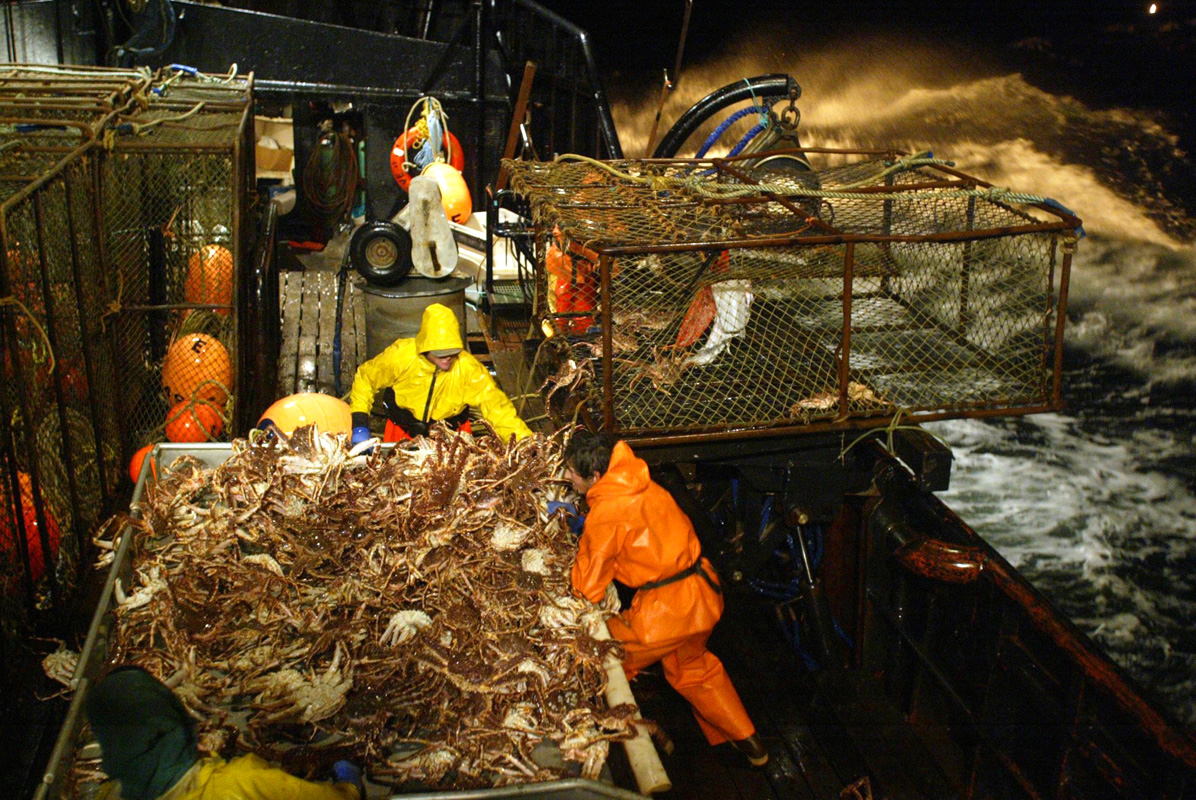 
A pot of red king crab is dumped onto the sorting table of the F/V Exito where the crew will begin sorting out the legal sized males, 6.5 inches or larger. Thos crab are then tossed into one of 3 large tanks below deck filled with seawater and kept alive until the boat returns to Dutch Harbor, AK where they will be processed. On a pot this size which had about 60 "keepers", the crew estimates that a fullcrewshare guy would make about $100 per pot or a $1,000 per hour (at the pace of 10 pots per hour). The bonanza lasted about 2 hours before the pots started coming up less full. The smaller crab, which are juveniles and females, are tossed back into the sea, a regulation dictated by the Alaska Department of Fish & Game to preserve future stocks. This year's ADFG forecast of 14.7 million pounds was the largest projected harvest of Bristol Bay red king crab in 12 years. It will be several weeks before crabbers know if that harvest was met. The season lasted 5 days and 2 hours and was plagued with gale force winds of 35 knots or higher almost everyday. © copyright Karen Ducey